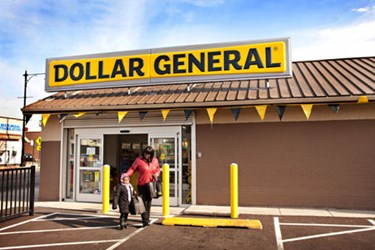 In the wake of strong fourth quarter sales, dollar-store retailer Dollar General has announced plans to open approximately 900 new stores and relocate or remodel 875 stores in fiscal 2016, with plans to open even more in coming years.

Dollar General and its discount competitors continue to benefit from stagnant wage growth and financial woes that plague lower- and middle-income Americans and hurt sales at other retailers.

"2015 was another great year for Dollar General as we achieved strong financial results with a focus on profitable sales growth. For the 26th consecutive year, we delivered positive same-store sales growth. In the fourth quarter, we effectively balanced sales and operating profit through our toughest quarterly comparison of the year to deliver record results leading to full year diluted EPS growth of 13 percent,'' said Todd Vasos, Dollar General's chief executive officer.

Todd Vasos took the helm of Dollar General last summer,  when he pledged to build on the success of his predecessor Rick Dreiling.

The retailer also reported that full year sales grew 7.7 percent to $20.4 billion and full year profits grew 9 percent to $1.17 billion. The company said sales strength was mostly in candy and snacks, perishables, tobacco, and food, as well as in seasonal and home goods. The retailer saw a small decline in apparel sales.

"Looking ahead, Dollar General continues to have significant opportunities for growth. The goal of our long-term growth model that we announced today is to drive 11% to 17% total annual shareholder return per year through EPS growth and dividend yield. Considering the financial results we have delivered over the last three years and consistent with how we are managing the business, our growth model is focused on increasing long-term shareholder value by driving profitable sales growth, capturing growth opportunities, enhancing our position as a low-cost operator and investing in our people. For 2016, we plan to return approximately $1.3 billion to shareholders through anticipated quarterly cash dividends and consistent share repurchases."

Vasos continued, "The Company remains well-positioned to serve our customers with value and convenience. We continue to take the appropriate strategic steps to ensure that we are investing in the Company for sustainable and consistent growth."

Dollar General's new store openings include the market that Wal-Mart just left in its pursuit of a wealthier clientele: small format stores in highly populated areas and rural locations, according to Reuters.