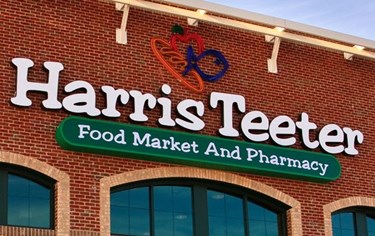 North Carolina-based grocer, Harris Teeter, is piloting a mobile wallet app, allowing consumers to order and pay for groceries online. The program was developed with help from Paydiant — a smartphone mobile payment app developer — and is called HT Express Pay. The grocer’s mobile initiative will begin only at the Matthews, NC location, with plans for system expansion if the pilot goes well.

The program’s focus is customer convenience. Customers will use the app to browse and purchase all of Harris Teeter’s merchandise, then arrive at Harris Teeter’s Express Lane curbside pick-up for their groceries. “What we’re seeing is part of a general trend where consumers are interacting with their favorite brands through their mobile devices,” said Chris Gardner, cofounder of Paydiant.  “In the case of Harris Teeter, in general, there’s clearly a convenience benefit.” The supermarket chain already offers customers online shopping and in-store pick-up, the mobile wallet will offer the additional convenience of a single and secure payment system.

The system will have Harris Teeter employees armed with a Verifone mobile POS device. If the consumer chooses to pay with mobile, the associate will give the shopper a QR code on the mobile POS device. The shopper then opens the app, and scans the QR code to pay. The shopper confirms payment method, presses “pay” on the app, and a digital receipt is sent to the consumer’s device. Upon expansion of the program, the grocer will accept other Paydiant-developed mobile wallets in addition to the one branded for Harris Teeter.

Harris Teeter has taken a unique approach to mobile retail by creating a virtual wallet branded specifically for itself. “Harris Teeter in particular has a sophisticated demographic, it’s a higher end supermarket, I think their consumers expect them to be innovative,” Gardner said. Currently, the pilot doesn’t include loyalty and couponing, but as the program expands, it is almost certain to be included as grocery chains are prime locations for both coupons and loyalty programs.  Mobile wallet apps — once popular only as an online bill paying and budgeting tool — continue to grow and diversify their functions. Harris Teeter has branded itself with a mobile wallet that provides its customers with new conveniences, as the company adapts in an age where an omnichannel retail presence is becoming increasingly necessary.